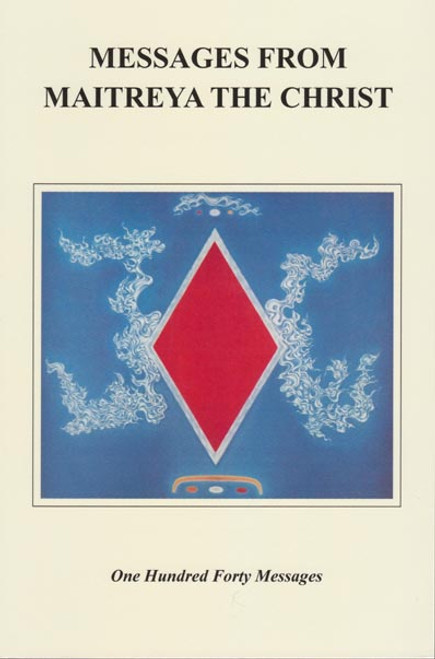 During the years of preparation for His emergence, Maitreya gave 140 Messages through Benjamin Creme during public lectures in London from 1977 to 1982. The method used was mental overshadowing and a telepathic rapport thus set up. Maitreya's Messages of sharing, co-operation and unity inspire readers to spread the news of His reappearance and to work urgently for the rescue of millions suffering from poverty and starvation in a world of plenty. In Message No. 11 Maitreya says: "My Plan is to show you that the way out of your problems is to listen again to the true voice of God within your hearts, to share the produce of this most bountiful of worlds among your brothers and sisters everywhere." Maitreya's words are a unique source of wisdom, hope and succour at this critical time of world change, and when read aloud these profound yet simple Messages invoke His energy and blessing.

Messages From Maitreya the Christ - eBook

Maitreya's Teachings: The Laws of Life

The Art of Co-operation

The Esoteric Art of Benjamin Creme

The Awakening of Humanity